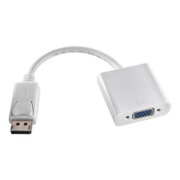 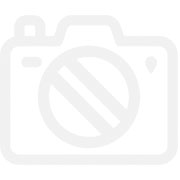 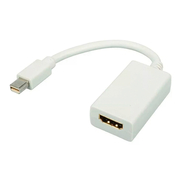 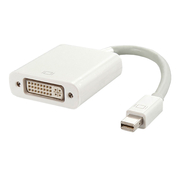 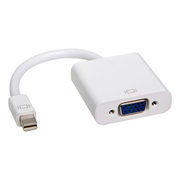 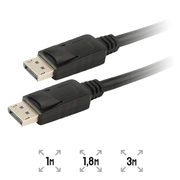 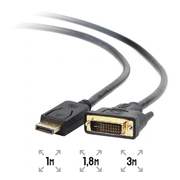 DisplayPort, have you heard of it, do you know what it is and what it is for? Don't worry, we will help you. DisplayPort is a standard digital device interface used for video transmission between a computer and its monitor, although it also allows audio and data transmission. Its latest versions support resolutions greater than 8K and bandwidths of 77.37 Gbps.

Looking back, Displaports appeared in 2007 and their presence has been increasing over the years. Today, they are even available with other types of connectors such as HDMI or DVI.

Types of DisplayPort cables that we have in Webcartridge

At Webcartridge we have two different types of DisplayPort cables: the DisplayPort and the DisplayPort Mini. The only difference between the two options is that the latter is a scaled-down version of the former. The main reason why the DisplayPort Mini appeared was the need to adapt to increasingly smaller and more compact devices. Thus, the mini version is the one typically found in most modern laptops and other convertibles.